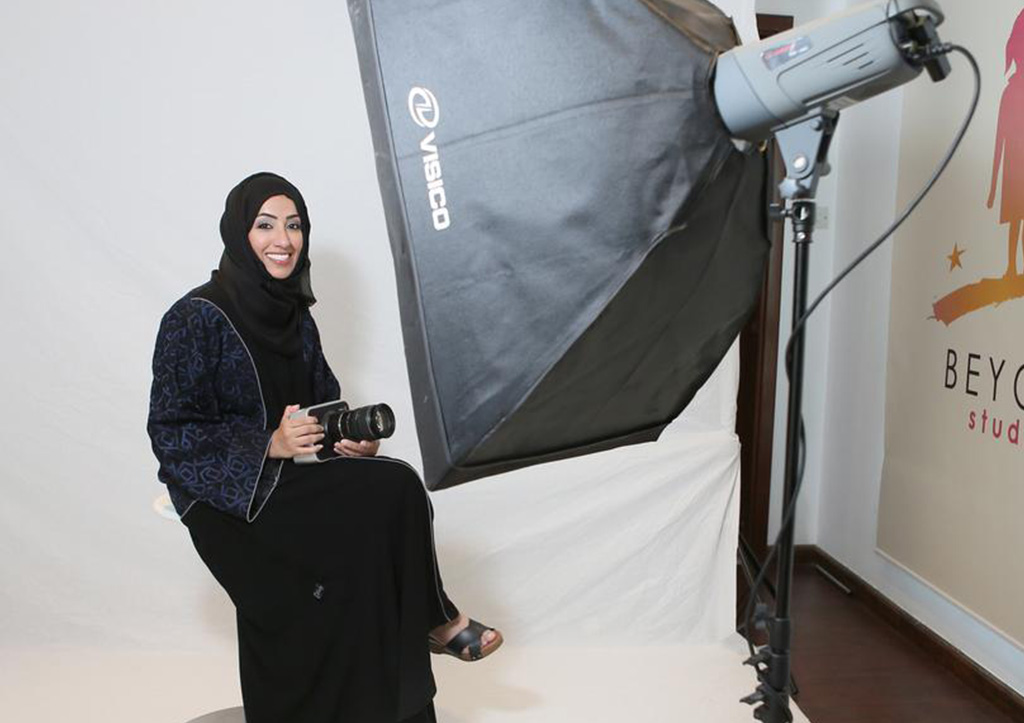 Nahla Al Fahad started Beyond Studios in 2010, and has since produced videos for music artists in the Middle East, television ­commercials, plus corporate and promotional videos.

Nahla Al Fahad’s love of movies began with Disney classics when she was a young girl, but as she grew older, her interest shifted towards how films are made.

In an attempt to satisfy her ­curiosity, Al Fahad chose to study journalism and media at university.

“At the beginning, my father was against me studying media because he thought it had a limited future, but I insisted, because I’ve always wanted to be a director and work in [film] production,” Al Fahad says.

She studied business administration marketing at the University of Dubai, before earning a higher national diploma in media marketing and advertising from Dubai Polytechnic.

“I also took lots of private sessions in directing and production,” she says. “In 2006, I was telling myself in the next five years, I want to have my [own] production house.”

Al Fahad started Beyond Studios in 2010, and has since produced videos for music artists in the Middle East, television ­commercials, plus corporate and promotional videos. Before this, she helped launch Noor Dubai TV for the Arab Media Group.

Al Fahad rates her greatest achievements to date as having her first documentary feature film, The Tainted Veil – which deals with attitudes towards the hijab – debut in London; being selected by the American Embassy as part of the International Visitor Leadership Program; and being named the 2012 L’Officiel Media Woman of the Year.

“I will always be proud of what I have achieved so far,” she says. “I have achieved what I wanted, but still I am eager to continue to represent my country ­internationally.

“I’ve just finished my first drama series, War of Hearts, which was filmed in Kuwait. I am also finalising the script for my first feature film, Maryam.”

Though always busy with work, Al Fahad still plans regular family time. “I make sure not to miss lunch with my parents and the rest of my family.”

What has been the most enjoyable project to work on?
The Tainted Veil documentary, because the idea of this film – the hijab – is a big challenge.

What are your all-time favourite movies?
I have so many – The Others, The Illusionist, Changeling and Batman. I like these because despite the special effects, I was personally touched by the amount of drama in them. To me they are real and convincing.

Who have you worked with that you never thought you would?
The Arab music stars Mohammed Abdu and Latifa bint Alayah Al Arfaoui. I was raised watching their songs and videos on TV, but I never thought that one day I would direct their videos.

What’s your favourite thing to do when you have some downtime?
I travel, because it’s the only treatment to overcome this situation.

Where do you love to travel?
The United States, Italy, France and Istanbul are my favourite destinations. I enjoy going to these places a lot for so many reasons – the amount of activities I can do, along with the weather, shopping, food, shows and Disneyland.

Who would you most like to work with?
Angelina Jolie, because I feel she is the kind of person who enjoys lots of cultures and I guess she is open to new things. I would like to work with her on something related to Arabia.

Whom do you admire the most in the film industry?
In the Arab world, I enjoy [the Lebanese actor and director] Nadine Labaki’s work, because her films are so real. Internationally, I would say Guy Ritchie, because he’s a genius.

If you could have a superpower, what would it be?
I want my superpower to be in innovation, because that is the future.

What’s the best piece of advice you’ve ever been given?
Love your work and your work will return the same amount of love back to you.