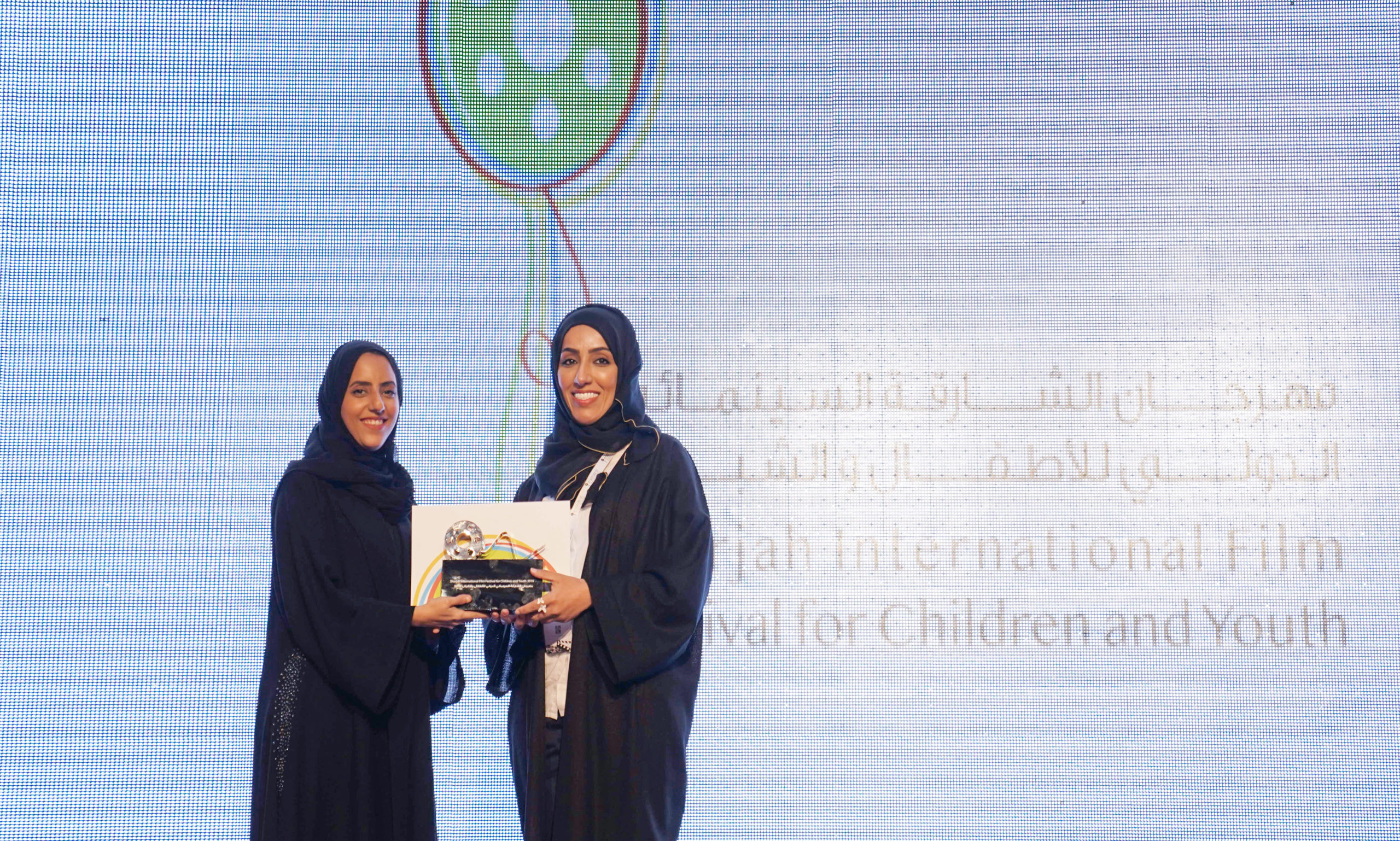 Sharjah International Film Festival for Children and Youth.. Will it revive the Arab industry?

Sharjah International Film Festival for Children and Youth.. Are we learning from the Japanese lesson?

Since long, I’ve been thinking seriously about launching my own blog about cinema and movies industry, to share with you the secrets of the seventh art, challenges and the scenes behind its industry. But in the midst of many commitments, the idea was deferred more than once, until I participated lately in Sharjah International Film Festival for Children and Youth 2019, as a member of the feature film jury. I can’t hide my pride and happiness with such event which is considered the first film festival for children and youth in the Arab World.

The festival carries a lofty message aimed at spreading education, creativity, culture and calling for respecting the culture of diverse peoples and the idea of peaceful coexistence among human beings. I believe that caring for children and the young people is the right place to start, so I my happiness completed when youth were added to the title and message of the festival this year upon the instructions of His Highness Sheikh Dr. Sultan bin Mohammed Al Qasimi, Supreme Council Member and Ruler of Sharjah. The festival’s slogan was ‘Movies inspired by Books’, to celebrate Sharjah as the World Book Capital 2019.

The vision of His Highness Sheikh Dr. Sultan bin Mohammed Al Qasimi, Supreme Council Member and Ruler of Sharjah, stems from his keen interest in culture and knowledge, which contributed to turning Sharjah into a beacon and a landmark in the global cultural map. After the festival was dedicated to children, His Highness felt the need to add the youth category to the festival, so that the umbrella of the festival can extend to more older generations to help raise the cinema of children and youth and put a special Arab imprint reflecting the dreams and aspirations of young generations, through communication and interaction with different film schools from all over the world in order to gain the expertise needed to create inspiring Arabic experiences.

Back to the content aimed to children and youth in the lights of challenges that became greater because we live in an open world with no obstacles nor limits to control the presented content. Each day we receive hundreds of new thoughts and western concepts, so children and youth are the most deserving groups for literacy Film education, and undoubtedly, the arts are the most capable mechanism to raise the minds of future generations, refine their imagination and creative abilities and make them taste beauty through the silver screen.

In my opinion, the festival introduces an integrative experience for many reasons like providing an important platform for screening of youth and children movies, which encourages local filmmakers and creators to produce their works ensuring their publicity and promotion that increases the flow of film production for children and young people. Also, the festival offers global inspiring experiments with the participation of 132 films from 39 countries, reminiscent of the major European festivals.

The training and awareness role of the festival seeks to promote the talents and creativity of children and youth, educate them about the seventh art, train them to be the filmmakers of the future, and showcase their productions and film trials through the section of films made by children and young people, which represents a golden opportunity to monitor their issues and put them with their personal perspective that simulates reality transparently.

We must not forget the communication and direct contact between the filmmakers, hosted by the festival, and children and youth through training workshops and meetings, which refines the talents and perceptions of young people, opens new horizons for them in the world of cinema, and gives the chance to the adults to be more open and understanding of this world of children to realize what is happening in the depths of those little ones.

Although my immense happiness with the celebration of the festival, its success and how it attracted a large number of films from all over the world, but my mind has not stopped thinking about the present cinema in the imagination of the Arab children, which is empty inhabited by Hollywood superheroes and Disney dubbed stories, which might not be convenient to their mentalities, religion or the way they were raised. The same as well applies to the teen films presented from the international production companies and even the Korean drama that young Arabs have recently become fans of.

This question jumped into my head and kept pressing me, as I was watching the Japanese film participating in the festival; “The Traveling Cat Chronicles”, which features a realistic narrative and exciting aesthetic image with sophisticated techniques during the presentation of the hero-animal relationship. The Japanese experience in the animation world underlines the importance of presenting national art, preserving the identity of children and youth, the customs of their societies and even competing globally to confront the Western tide with stories stemming from the heart of national identity.

I can assure you that Japan has achieved what it really wanted. Some studies even talk about the role of anime characters in creating national heroes that restored children’s confidence in their homeland after the Second World War disaster. This art also confronted the Western trend and spread globally until it reached here, affected an entire generation of Arabs and achieved huge revenues and financial returns.

I wish you contribute to answering my questions: Why don’t we have a similar experience like Japan? And why do we settle for only dubbing rights if we can compete?

We may have introduced some experiences in the past, but now we seek the easiest solutions importing western films that settle in the subconscious mind of children and youth, making them confused and live in a psychological conflict between what they see on the screen and what is being asked by their parents who raise them in line with the specificity of Arab society, and to keep pace with the different ages of the child to adolescents and adult.

In a previous interview of the famous Japanese director, “Kobun Shizuno”, director of the series “Detective Conan” through Al Arabiya channel, where he said there is a great challenge to produce Arabic anime works, taking into account the Arab culture, customs, and traditions. Therefore, they review the texts on the go, to make films suitable for this culture and attractive at the same time. He stressed that the attempt to blend the Arab and Japanese culture will produce a wonderful production, which confirms the strong Japanese interest in this industry.

But do we care?

In my opinion, all what is lacking is a real will to make Arabic films for children and young people, taking advantage of the aesthetics of the image and the cadre, our heritage stories and all the mechanisms of the seventh art, besides joining all creative efforts and expertise behind the project to push it forward and exploit this giant and growing industry in the world.

But who knows, maybe we will celebrate with you next year the reception of an Arab newborn, specifically an Emirati who belongs to the cinema of children and young people at Sharjah Festival 2020, because I believe our wise leadership has this dream and harnesses all the means to achieve it.